This trip is one for the record books. It was ALMOST a disaster. Work, traffic, and the typical things that just will not let you get out of town when that is all you are wanting to do.

This trip, we left the camper at home! Primitive Paddle in camping. It has been a really long time since we have slept in a tent, but it was actually relaxing, stress free and quite nostalgic.

We also decided to leave the dog with grandma, for the sake of safety and uncertainty. Reed Bingham is known for alligators and vultures. I know. I know, sounds like a fantastic vacation getaway! But it’s not that bad, right?. 😕

Campground: The campground is fairly small, but the park is spread out. Check-out is 3pm, which is great for leaving, but the check-in time is 4pm. We got there around 9pm so early check in was not an issue. And the entire way there, I was thinking “how am I going to paddle in an alligator habitat lake, in the dark, to an island I’ve never seen before.” Reed Bingham lake is not a lake I would visit just to paddle, primarily because of my inner fear of what lurks beneath. The water is actually pretty clear water. It’s almost too clear, as in if you look down, you can see even if you don’t want to! There is a lot of aquatic growth in the water that is easily visible, and my paddle would occasionally get hung up. We did see a dredger on site, but I don’t believe it gets used much.

I cannot sing enough praise or thanks for the rangers at Reed Bingham. The lake closes at sundown, with good reason I’m sure. Thankful for the “emergency” posted number also. For some poor campers who had to cancel at the last minute, I also thank you, because we actually had a spot to sleep without having to Paddle in gator land in the dark.

Dump Station: We didn’t use it or get a good look at it really!

Site Specific: Eagle Island had 2 grills, 2 picnic tables, and an extra large fire pit. Definitely designed for a crowd. It had a private privy toilet, which came with cleaning supplies, which was nice. Previous campers seemed to have left an equipment line, for having wet clothes etc. There was some trash strewn about, but we picked it up. It had 3 trash cans, some with trash in them. In all fairness, the rangers did say that sometimes they have issues getting out to the island, and getting equipment out there.

Level-ness: Fairly level. The site we had to stay at the 1st night (site 9) seemed pretty level, but we were in a tent. So that area of the tent was level. Next time, I’ll have to remember to check levelness. The island was fairly level once we got up the hill. It was not a steep hill, and was easily managed. There were several spots for tents and some for hammocks. I could see a combination of both and you could still be a bit spread out.

Condition: Due to our late arrival, we were able to stay at site 9. It was nice and a blessing, really. The picnic table was in good condition. And the fire pit was not full of ash. Once we got to the island, same. There was some trash about, but the fire pit was extra large and had not been dug out recently. It was not bad, really. We had no issues starting a fire or keeping it going. There was some left over wood stacked around the pit, which is nice. I always like to see campers being friendly and not self absorbed.

Maneuvering: Without the camper, this was a non-issue. I did not notice any foreseeable camper issues while circling the camping area, trying to find our way. As far as maneuvering to the island, it was a little tough. we had to circle the island to be sure it was the right one, after we 1st went to the wrong one. We cheated and both had boats behind us to carry gear. It is more of a challenge than I would like to admit, to downsize from RV camping, to Kayak in camping. I used to think myself simple. But no, there are things I need, so I towed a dinghy. Shameless, I know.

Bonus: The island was the bonus. The entire island to ourselves. It was convenient enough to return to the truck if we needed, but far enough away, we really didn’t have any interaction with anyone else. Except Late Saturday where I think some kayakers were looking to picnic… but they saw our boats and didn’t attempt to land. If you were on an extended trip, you could always paddle yourself right on over to the truck and go shower at the camp facilities.

Pros: It was private. As much anxiety I had about the gators, to the point I didn’t even bring my dog, the experience was awesome. Quiet and peaceful. There is often my own private inner struggle when out in the woods. I consider turning on some music, but then, I really don’t want to hear anything but the water and the crickets. This island is a significantly cheaper paddle in site than another one in south Georgia. We have not visited that one yet, but we plan too.

Cons: It was not a great paddle. It would not be a lake that I would just visit to kayak or boat on. I did have some anxiety about the gators, since I have never had a gator encounters on a kayak. Call me a weenie, but it was there. Thankfully we didn’t have a single run in with a gator.

I would absolutely do it again.

This trip has renewed my love for tent camping. RV camping definitely has its benefits and luxuries, but there is just something I enjoy about the simplicity of being in a tent. Truly being outside, hearing everything, smelling everything, and a zipper away from being outside. The opportunities that are available by being in a tent are endless. The areas where you can take a standard camper are limited, and the bigger the camper gets, the more limited you are. Trying to find sites for the camper have been such a challenge over the last 2 years, that I’m somewhat over it. It was nice to think we were a part of a select few camping folks, but now everyone and their cousins have campers, and I just want to go back to simple. I feel like there are skills that can get lost when to transition from tent camping (real camping) to “glamping,” and I miss those. It was a tough lesson on Friday, as we weren’t completely prepared for the cooler temps and didn’t sleep well because we brought “summer” sleeping bags. Yes, we went to Walmart Saturday morning to gear up a little better. We often end up at Walmart at some point during 1st season or new type of camping trips.

Next time, I will work on getting better photos! 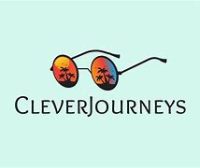 Sharing Love and Information About a Precious Baby Girl

Healthy, Delicious Recipes On A Budget

A certified massage therapist and trainer who enjoy frequent massages.

I hope that someone sees this page and decides not to give up...

all things food and nutrition

................... for lovers of ice cream. Your free on line magazine for sweet frozen treats. Recipes, inspiration, artisanal ideas for your delectation.

Travel Advisor For Your Dream Vacations